Everything you Need to Know About Performance Testing and its Challenges 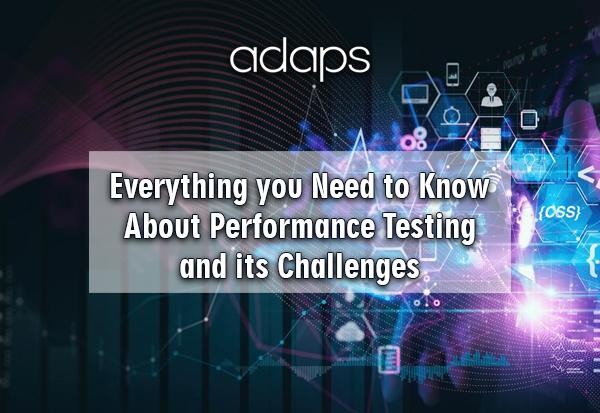 In these testing types, Performance testing is one of the primary testing processes that play a crucial role by assuring the software performs with stability and seamless even beneath various load conditions.

Performance Testing
Performance testing is a significant non-functional testing type and includes the process by which an application or software is examined to know its present system performance.

This sort of testing examines how your present system performs in terms of stability and responsiveness when examined below different workload conditions. Performance testing also assures that the application works as anticipated irrespective of the bandwidth availability and network fluctuations. Primarily, this process of testing identifies the speed with which the system works.

There are different types of performance testing that are usually adopted which comprise Load testing, Volume testing, Stress testing, Soak testing, Spike testing, Scalability testing, etc. and these testing processes determine the speed, and responsiveness of the app, the website, or the network when examined below the various workloads.

Importance of Performance Testing in Business Websites and Mobile Apps
Performance testing measures the scalability, speed, stability, and reliability of the software beneath varying loads thus assuring their stable performance. Every business application must be reliable and deliver steady results, irrespective of the number of users who are accessing it. Particularly, with respect to eCommerce apps, banking apps, etc. these apps must perform seamlessly even with multiple users, else it negatively affects the reputation of the brand.

Apparently, today it is necessary for businesses to assure the performance of websites and business apps are seamless in order to deliver exceptional customer experience

Performance tests like load and stress tests recognize the application behavior and help to verify whether the server is responding to the user with inquired data within the specified time.Hence performance testing is vital for mobile apps and business websites to work efficiently even under heavy load, as they need to ensure business continuity. So, Performance testing is crucial for the success of the business and needs to be leveraged through enterprises.

• The most significant challenge that testers are compelled to face is of higher complexity. All the new devices linked in the network must be accounted for. A performance testing may be common with recording traffic from mobile devices, web browsers, etc., but testing the latest objects that do not permit a change of settings might be inconvenient.

• The diverse practice of conditions becomes another barrier altogether. While evaluating the performance of an app, the end user’s internet connection stability plays a vital role in discovering test results. Therefore, it is important to assure that data is identified and accurately stored during a disturbance in service.

A well testing strategy is essential to account for the various difficulties faced.

Role of DevOps is Increasing Tremendously in Digital Transformation